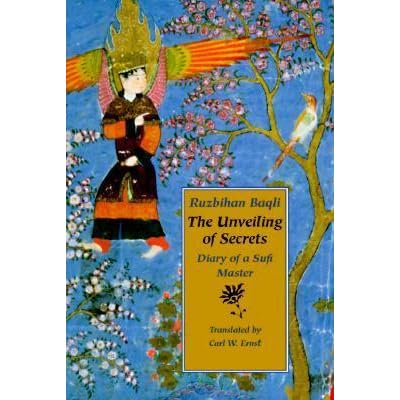 The Unveiling of Secrets: Diary of a Sufi Master is a visionary diary of astonishing intensity, written by one of the outstanding figures in Persian Sufism, Ruzbihan Baqli. Ruzbihan, who died nearly a century before Rumi, was known throughout the Middle East and India as one of the most profound authors in the Sufi tradition. Nevertheless, by the early 1900’s, his name had become almost forgotten. It is only within the past few decades that his works have been rediscovered and printed. This translation by Carl W. Ernst from the original Arabic is the first complete translation of any of his writings into English. Comparable to St. Augustine’s Confessions or St. Teresa’s Interior Castle, The Unveiling of Secrets is one of the most powerful documents in the history of mysticism. In it Ruzbihan recorded intimate visions in which he saw God appear to him in human form, in overpowering manifestations of divine qualities. He portrays his spiritual encounters with remarkable poetic descriptions that testify to his extraordinarily rich inner life. As he observed in the diary, “Not a day or night has gone by me, by God, during all the time extending up to now, when I am fifty-five years old, without an unveiling of the hidden world.” The Unveiling of Secrets is a rare document that displays the elemental mystical experiences which form the basis for Sufi descriptions of the spiritual path. This classic of spiritual autobiography by one of the greatest visionaries in the realm of mystical love will appeal to anyone seriously concerned with the life of the spirit.